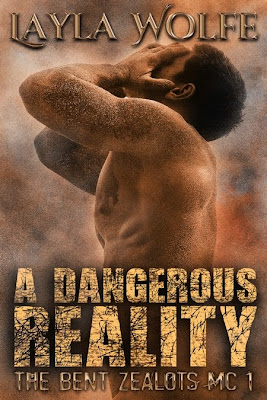 Keep your lovers close—and your enemies in bed.

TURK
My club sent me to track him down.  And when my mission was over, I never wanted another one again.  When I found him, I kicked the crap out of Havelock Singer.  I issued the mightiest beatdown of all time.  Problem is, we’re evenly matched.  We’re equals in every way, and when we finished whaling on each other, exhausted, we fell into each other’s arms.

I’ve never regretted it for an instant.  It’s been the ride of my life.  But loving another man in the MC world is a risky business.  As if our business isn’t already brutal and ruthless enough, Lock’s homophobic sergeant-at-arms Stumpy gets an eyeful of our lovemaking and blackmails us into doing some of his dirty work, or be exposed for what we are—a couple of deviants.

This run into the Indian reservation is sleazy and beneath us, but now I’m cornered, and I’ll do anything to keep my sweet master from being lynched by his club.

LOCK
When that kingpin Carmine Rojas got a load of my beautiful stallion Turk Blackburn, he’d stop at nothing to have him—and Rojas gets what he wants.  It’s my fault we’re in this situation.  I should’ve kicked Turk’s ass and sent him packing back to The Bare Bones.  I wasn’t even close to being ready to come out, but now they’re forcing my hand.

I can hear my destiny calling me.  Either I’ll slink back to my club like a hetero bounty hunter with no morals—and no respect from anyone in my own backyard—or I’ll step up to the plate and be the lion of the day.

Either way, my lover and I are screwed. Our clubs are going to hound us underground or into another country before we escape this mess—if we don’t die trying. 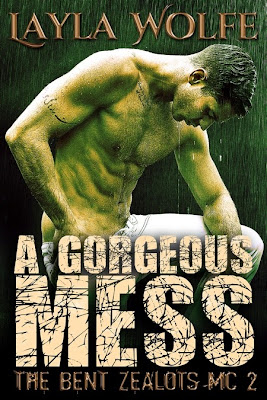 ANSON.  I was just an innocent mercenary back from fighting the good fight overseas.  I was on a quest for my father, my roots, looking for answers.  My babymomma had just died of meth-induced diabetes—my only daughter about to follow in her footsteps.  Turk Blackburn, Bent Zealots MC Prez, ordered me on a fresh mission to prove myself, my guts, my valor.  Infiltrate the Navajo Rez and find out who is claiming the Zealots’ turf and using kids to cook drugs.

My partner is the famous badge slut, Ormond Tangier, known far and wide for his mad oral skills, his subservience to anyone in uniform.  Mercenaries don’t wear badges, but my dominant side soon has me all over that seductive Spanish servant.   A man may as well have a few laughs while on a fatal mission against the cartel.  Because these things never end pleasantly.

ORMOND.  I was flung into a life-or-death battle against the slimy Iceman, leader of a rival MC.  Iceman is running all sorts of questionable ops on Bent Zealots land, and now Anson and I have to prove our street creds just to stake a claim in our own backyard.

I’m a friend of cops, firemen, and soldiers alike, but suddenly I only want one man ordering me around.  Anson Dineyazzie, macho half-breed hired gun, has stolen more than just my heart.  This was never supposed to happen.

ANSON.  At first, I swear I’m never falling for that service bottom Ormond.  I’m accomplishing this mission and going back to Afghanistan.  But I have to wrest control of this Rez land from Iceman and the lethal hit man who has been trailing us.  And I’m sure I’d bury anyone who got between me and Ormond.  Does that mean I’m in love?  God, I hope not.  Don’t think I can take that again.  Just need to get back onto the open road and blow the dust from my soul. 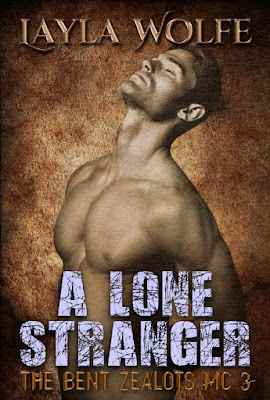 HARTE:  After a world-changing run-in with the guy I thought was my father, I went on the road to find myself.  I patched over to The Bent Zealots MC, an out-and-proud club on the Colorado River.  A cock virgin, I raced to experience all I could, eagerly sniffing every nook and cranny, a whole new existence offered up by Grindr.  But when Ormond Tangier was assaulted by a rival club, I quickly got down to brass tacks, to show my new brothers I was all business.

Too bad that business involves Bond Blackburn, jailbird brother of our Prez, Turk.  That guy is so far in denial he’s practically Egyptian.  But he even he can’t deny what I saw with my own eyes at the gay club.  Sure, I was on my knees paying homage to a Daddy Dom, but Bond can’t pretend he wasn’t getting some oral praise as well.  And now they’re telling me I have to work with this hypocrite?

BOND:  This club is a fucking joke.  How’s a man supposed to make a new start after the joint?  First, my own brother forced me to prospect.  I couldn’t automatically rise to the top of the heap through my family connections.  No, I’m supposed to labor in a noxious sweatshop making product for their pot dispensary.  And I have to sneak downtown if I want to get some halfway decent head, because I don’t even want my gay so-called brothers knowing about my shameful hobby.

Now we’re reaching out to the cops to even the score with those Hellfire Nuts who abused Ormond.  And that delicious Harte Saxonberg is getting my goat, so by-the-book, such a bleeding heart.  I just want to strangle him—or fuck him.

HARTE:  I’m stuck between a rock and a hard place, one that slab of a man, Bond Blackburn.  He kisses me, then punches me.  Fucks me, then ignores me.  He’s got me so upside-down I’ve lost the clarity I had a week ago when I rode west.  Ride west, young man.  I could be a steam train if I could just lay down my tracks.  But the only name I’m calling out is that sexy convict’s. 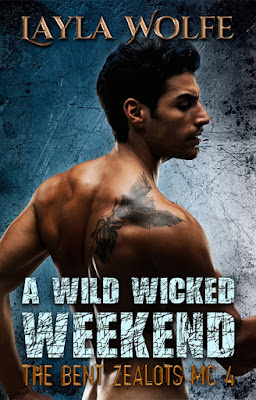 HAVEN:  At forty-five, I was a washed-up racecar driver, a Daddy Dom who had searched the world over for his power bottom, his submissive.  Fuck, I was still a Prospect for the Bent Zealots MC.  That’s how I came to be in the clubhouse while most of them were raising hell at a Vegas rally.  Word came there was a stiff down on the Rez, and the Zealots were getting blamed for it.  My mission included a clownish reject from a rival club name of Mike Drop, and a mysterious half-breed who would change my life forever.

OGDEN:  I met Haven there in the desert, standing over the disemboweled corpse of a tourist.  After I made a sleazy deal that would help solve the mystery and clear the Zealots’ name, that muscle daddy gave me a tongue-lashing of a lifetime.  Have more self-respect, Haven said.  As the bastard half-Navajo basketballer who had frittered away a scholarship, I was a bad penny.  Haven, with his powerful mastery at training and molding me, gave shape to my form.

HAVEN:  Ogden is my forever toy, a morsel for me to savor.  He says you can’t see the future with tears in your eyes.  If we make it through this hell together, we’ll see clearly.  The club will know I’ve made my bones when I bring them the killer’s head on a platter. 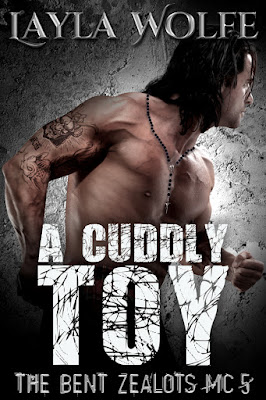 He depends on the kindness of strangers.

Fremont:  As mining geologist, I scouted out uranium on the rez.  My boss was an unstable tyrant who would tolerate no deviance from his sociopathic plan.  I found uranium, all right—making the Navajo hogans glow, their corn shine green from space, their cattle keel over, twisted and deranged.

It was a game-changer when I realized what decades of this poison was doing to the people.  And a chance meeting with the white priest who had chosen his own deviance in the desert, well, my destiny was changed forever.  I’ve been down, but I haven’t been out.  And Father Moloney is the premier guide to assist me on this coming out journey.
Father Noel:  A cancer invaded our land.  My parishioners were dying at a high rate, their limbs gnarled, fingers fused together, useless.  But I never expected my crisis of faith to come in the form of a built, ripped geologist.
I dreamt of Fremont’s arrival, his backpack bristling with scientific instruments.  He holds the future of my congregation in his beautiful hands.  Will he go up against the powerful conglomerate, risking health and fortune to help us?  More than that, he’s stolen my soul with his vulnerable, down-to-earth honesty.
At first I saw Fremont as a fun distraction, a sort of cuddly toy to play with, to dominate and control.  He’s much more than that—he pushes back and has me on my knees.  I was sent here to this hellhole as punishment for toying with a subordinate on another rez.  Little did they know this poisonous, gorgeous desert would be my salvation. 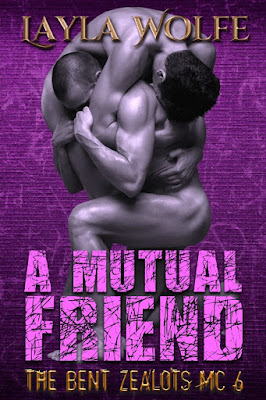 King:  I’m just a mild-mannered truck driver trying to do right and make it through each day. When my rig was held up by neo-Nazi thugs, they stole a shipment intended for the Bent Zealots MC.  I need to make it right by the bikers.
During a rumble at the clubhouse, I found myself brutally dry-humping a dark, smoky biker.  Appalled by my behavior, I slunk off with the racists, squatting in an empty office building.  Talk about hitting rock bottom.
Anton:  Stinging from the most savage breakup of my life, I took to the road in my new occupation: demonologist.  The Zealots have just the job for me—figuring out what the fuck is eating Barclay Samples, a Prospect who’s been slicing and dicing small animals to drink their healing blood.
I found a new partner in my quest to exorcise Barclay’s demon—the studly trucker who manhandled me in the brawl.  Our attraction is one for the ages, made in heaven.  We can bring each other out of our shells in the accepting environment of the gay MC, but the dark forces of the white power men and the devil controlling poor Barclay have taken the upper hand.
King:  Body parts began appearing, both in town and in our kitchen.  We have a mind-blowing choice: admit defeat or return fire with every tool in our arsenal.
If you have ghosts, then you have everything. 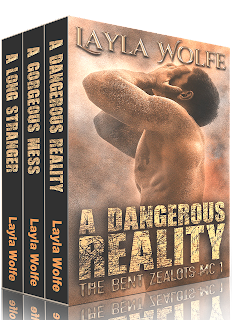