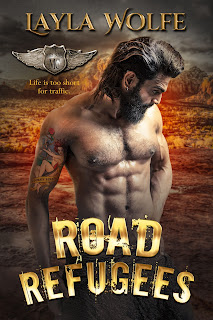 Life is too short for traffic.

Townshend Spiro is a wounded warrior whose service dog brings him back into contact with the world. He quit his idle, pointless, plastered ways that began after a decorated ten-year stint in the army.  One too many close brushes with death have riddled him with PTSD—he treats it with the bottle. He’s rescued by  Linus, and they go on the road to discover themselves. What the two pals find will change their lives forever.

Escaping in a drugged trance from her sex slave wife existence in a Mormon sect, Heaven Larrimore is desperate and terrified. But it’s out of the frying pan and into the fire when she passes out in the highway and is swept up by Byron Riddlesberger, a truly sick fuck from a rival club. Townshend busts in to save the day, spiriting Heaven away on his Harley.

Their paths have converged—both are refugees from the rowdy road. A magical mushroom farm owned by The Bare Bones MC is their safe haven, but soon enough they’re back on the righteous path to redemption. Riddlesberger has met his match in the powerful couple, now that their love has bound them against evil. 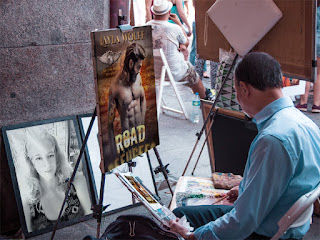