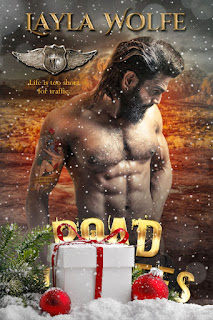 Townshend Spiro is a wounded warrior whose service dog brings him back into contact with the world. He quit his idle, pointless, plastered ways that began after a decorated ten-year stint in the army. One too many close brushes with death. Now he has Linus in his life, and they go on the road to discover themselves. What the two pals find will change their lives forever.

Heaven Larrimore is a refugee from a Morbot community in the hills of Utah. Desperate, terrified, gratefully being drugged to forget her assaults, she makes her escape in a trance. It’s out of the frying pan and into the fire when she passes out in the highway and is picked up by Byron Riddlesberger, a sick fuck from a rival club. Townshend sweeps in to save the day, spiriting Heaven away on his Harley.

Their paths have converged—both are refugees from the rowdy road. A magical mushroom farm owned by The Bare Bones MC is their safe haven, but soon enough they’re back on the righteous path to redemption. Riddlesberger has met his match in the powerful couple, now that their love has bound them against evil.

LIFE IS TOO SHORT FOR TRAFFIC.